Krico is the brand name of the German firm of Krieqeskorte GmbH. The company has a history dating back to 1878. The founder Robert Kriegeskorte was born in 1853 in the town of Rönsahl. After his schooling he became a trainee salesman with the local gunpowder company of Cramer & Buchholz. At the end of his apprenticeship he became the company’s representative for southern Germany and he moved to Esslingen near Stuttgart.

In 1878 he founded the company of Junghans & Kriegeskorte in Esslingen am Zollberg that was a wholesaler of gunpowder, dynamite, ammunition, and arms. He built a powder depot for his business but met with resistance from the local population and the local authorities who found the storage of gunpowder far too dangerous. Eventually Kriegeskorte moved his business to the place then known as Cannstatt that today forms part of Stuttgart. It is apparent from material from the archives that the business flourished.

By the beginning of 1918 Max Kriegeskorte – the founder’s son – took over the running of the business. After World War I the company had difficulties because both the trading and production of weapons was banned. For this reason Krico turned its attention to the fabrication of other steel products.

In the period between 1925 and 1928 Kriegeskorte produced cycle frames. Krico began branch operations in both Suhl and Solingen but these were closed after a few years because they were not profitable.

In 1928 the Junghans & Kriegeskorte company was converted to a private company and since then has been known as Kriegeskorte & Co. GmbH. Max Kriegeskorte and his wife expanded the business with considerable drive and energy.

Max began comprehensive mechanization of the production in 1939 but this quickly came to an end with the outbreak of World War ll. it had been intended for both Max’s sons Rolf and Arndt Kriegeskorte – to take over the helm, with Rolf as the technical engineer and Arndt as the commercial director. The war put paid to these plans, as Arndt was killed in 1944 and Rolf was severely wounded.

Max Kriegeskorte himself died in June 1945.

The business continued at the end of the war in the hands of Rolf and his mother, Emma Kriegeskorte. There were considerable problems because the production of weapons and ammunition was forbidden by the Allies. It was therefore not possible for the company to continue in its previous trade. Kriegeskorte decided to make household products.

The production of hunting rifles started in 1954 with Model 400 for .22 Hornet and .222 Rem. calibers. Following this Krico was kept busy converting former military Mausers to sporting and hunting use.

The son Dieter Kriegeskorte, joined the firm in 1967, followed in 1976 by his brother Arndt as technical director. The company was split into the holding company Kriegeskorte &. Co. and the operational company Krico GmbH in 1980.

Arndt Kriegeskorte acquired the entire share stock of the company in 1986 and the following year he moved the business to Fürth in Bavaria. The company entered into a joint venture with Dynamit Nobel to develop the Rottweil Paragon over-and-under shotgun in 1988 but this project stagnated and after a few years proved to be unprofitable. The resulting losses made the bankruptcy of Kriegeskorte GmbH unavoidable.

Krico moved to Vohburg-lrsching on the Donau, south of Ingolstadt in Bavaria in 1994 – Here the company was slowly rebuilt so that in 1997 Krico introduced its new Model 902 bolt-action repeating rifle. ArndtKriegeskorte designed this weapon that was produced in ltaly by CD-Europe.

In 1999 Krico merged in Norway with the well-known Kongsberg Small Arms Company.

Out of the reason that the market for repeating rifles became too small to become profitable the production of the Model 902 has been stopped in 2005.

Since the year 2006 the Kriegeskorte GmbH is specializing in export, import and storage of hunting and sporting weapons.

THE COMPLETE ENCYCLOPEDIA OF HUNTING RIFLES AND SHOTGUNS (Ton Hartink) 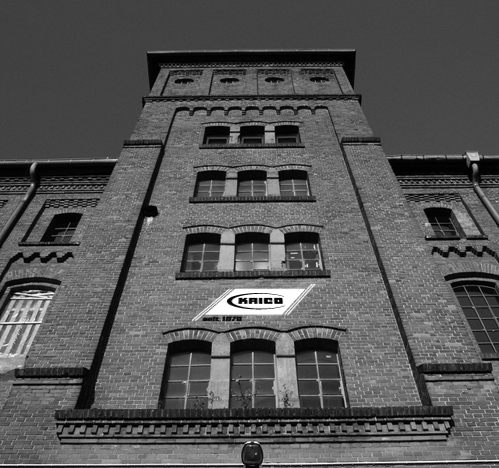